FreshWorks Studio designed and developed the Waveband Pro app ecosystem that lets people with a wide range of disabilities express themselves musically through movement. 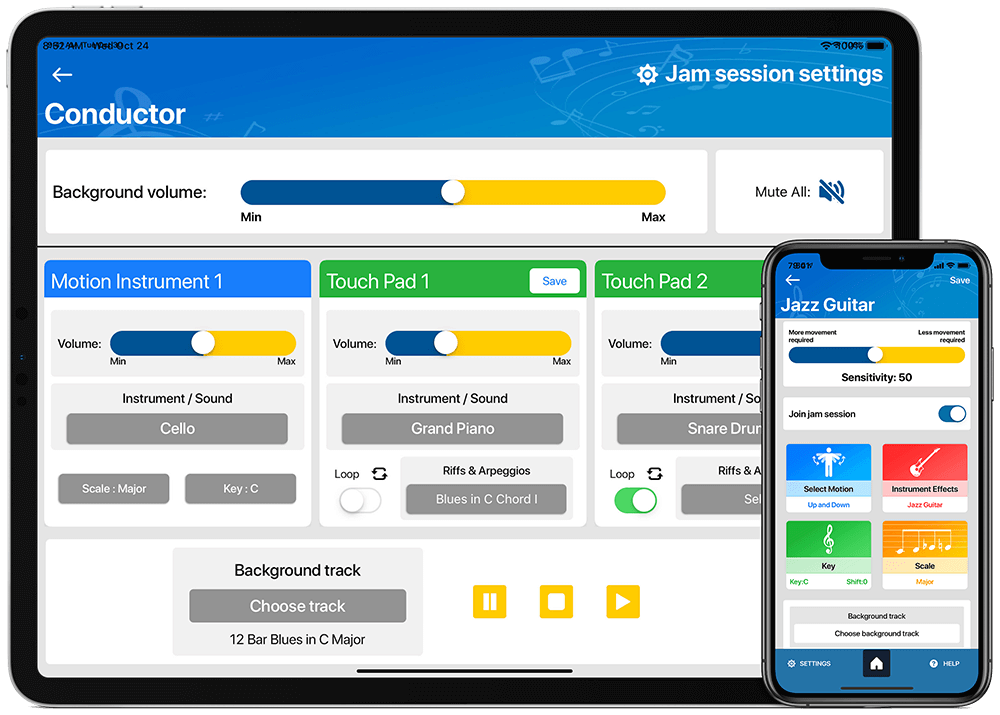 By moving an Apple device, users convert motion into the sound of their choice of musical instrument. Users can roll, pitch or turn the device to play a piano scale, shake the device to play a tambourine, and so on. Waveband is completely customizable to ensure that each user’s ability to move can be used to best advantage.

We developed this app for CanAssist – an organization of the University of Victoria that is dedicated to helping people with disabilities improve their quality of life and to increasing awareness of disability issues. 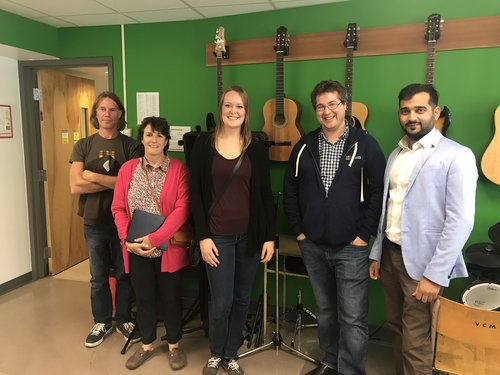 Waveband is designed to be used by anyone who wants to express themselves musically through motion with their iOS device (iPhone, iPod Touch or iPad). When used in conjunction with a strap to secure the device to the body, the app can be especially useful to people who have disabilities that prevent them from playing traditional musical instruments.

For example, a client who has some control over his arms could have an iPod Touch attached to his arm with a runner’s strap. When the client moves his arm sideways, the device plays a pre-selected scale across several octaves, sounding just like a banjo. Another client with extremely limited control over her movements could even have a device attached to her power chair so that the movement of the chair activates the sound of a piano. A client who experiences spasticity might love to control the tambourine or drums.

How Does it Work?

We utilized the Bluetooth Low Energy (BLE) to send MIDI packets containing musical information which is generated according to the angle of rotation and linear velocity of the device being tracked by the smart sensors like Accelerometer and Gyroscope. Sending and receiving MIDI data is supported using BLE connections on any iOS device that has native BLE support. All established connections are secure which means that pairing is enforced and connections cannot be made to the devices without their explicit consent. After a connection is established, it simply appears as an ordinary MIDI device that any MIDI application can communicate with.

If you want to learn more about the technology and implementation, please refer to this medium article written by our iOS developer.

This video at CanAssist shows a Central device (iPad) connected to an audio speaker for sound output and multiple Peripherals (External Hardware Devices) sending musical notes via MIDI over BLE.

Clients and their music therapist (or caregiver) can choose: from among 30+ instruments; the base key; the scale type; and the type and intensity of movement that will activate the notes. They can change any of these options at any time.

The iPad and iPhone apps were built in Swift and Objective-C and utilize Bluetooth Low Energy, MIDI, the built-in accelerometer and gyroscope, and Apple’s Audio Toolbox. The backend uses Apple on Demand Services to fetch the assets.

All things considered, it was a successful collaboration.

"The prototype is currently live on the app market. So far, it’s received positive feedback from users. FreshWorks Studio was extremely proactive throughout the engagement, making sure they understood the requirements. Overall, they were professional, communicative, and committed to the project."