A mobile app, web app and web dashboard that enable users to create digital sailing plans that are shared with Canadian authorities to increase boater safety. 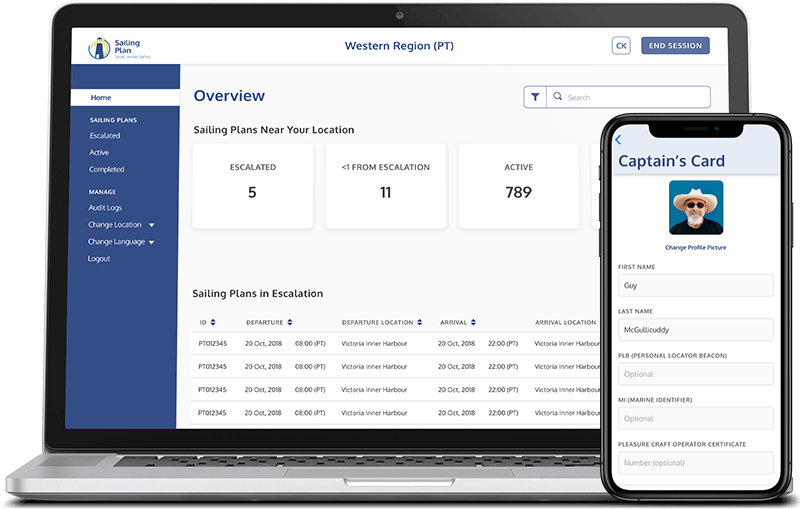 Sailing Plan was developed by FreshWorks Studio for Limnology Research Core (LRC) in partnership with the Search and Rescue New Initiative Fund. The LRC’s goal for the web and mobile application was to improve boater safety by modernizing the way small vessel boaters submit their sailings plan to the Marine Communication Traffic Services (MCTS).

Sailing plans allow emergency responders to mount a timely and coordinated response which often means the difference between life and death. As avid boaters themselves, this was a very important project for the team at LRC and their passion helped in moving the project forward.

In the past, boaters needed to file their sailing plans by filling out a downloadable PDF form and then faxing it to the MCTS. The current fax-based system for filing a sailing plan is wildly out of date and not well-used by large portions of Canadian recreational and commercial boaters. However, having accurate and up to date sailing plans on file is the only way emergency responders could know about a delayed or missing vessel without someone filing a report.

Worse yet, it is very difficult for the average person to know which agency to report a missing vessel to – the RCMP? Search and Rescue? The Coast Guard?

For those that do use the current float plan system, the average boater might just leave the float plan on their kitchen counter and notify a family member. The MCTS stores the received plans in a folder on someone’s desk; this makes it very inefficient to find float plans when needed and also near impossible to keep track of which plans should be escalated when a boater does not return by the estimated time of arrival.

The project kicked off with a Discovery Phase during which FreshWorks spent time getting to know the pain points of filing a float plan using the current system. Once the team had a better understanding of the current challenges, they were able to develop detailed user stories. These helped guide decisions throughout the whole development process. To immerse themselves in the project — and because that’s just the kind of thing we do around here — the team also decided to start reading the pirate novel ‘Treasure Island’ by Robert Louis Stevenson throughout the duration of the project.

The project was conducted following the Agile Scrum methodology and took about 5 months after the initial discovery period was completed. The work was divided into two-week long sprints with sprint planning meetings at the beginning and retrospective meetings at the end of each two-week period. The team also held stand ups each morning to discuss daily progress, identify roadblocks, and change priorities if necessary.

During the design and development phases, we conducted user testing sessions with local sailors and search and rescue personnel to receive feedback on the designs and functionality. By working with an agile team we were able to adjust feature prioritization, refine the designs, and modify acceptance criteria when needed. The result was a more streamlined, functional, and user-friendly product.

On this project, we maintained continuous cross-functional testing of the different components (i.e. frontend testing backend APIs) by the development team themselves. We take quality control in our work very seriously and there was also a QA analyst who was responsible for creating and executing test plans for all components throughout the development process.

“We had a strong team culture that encouraged a lot of empathy and collaboration on the project.” 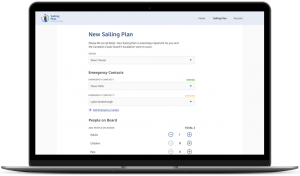 The new user-friendly Sailing Plan mobile and web app allows boaters to fill out their sailing plan on their mobile device or online and submit it directly and conveniently. The user is also able to store and reuse data, such as captain, vessel, and passenger info, to create future plans. Additionally, boaters can store their emergency contacts in the app who will be notified in the event that they don’t check in on time and their sailing plan is escalated. Boaters can also submit their proposed route, including way points, using a map feature as part of their sailing plan. 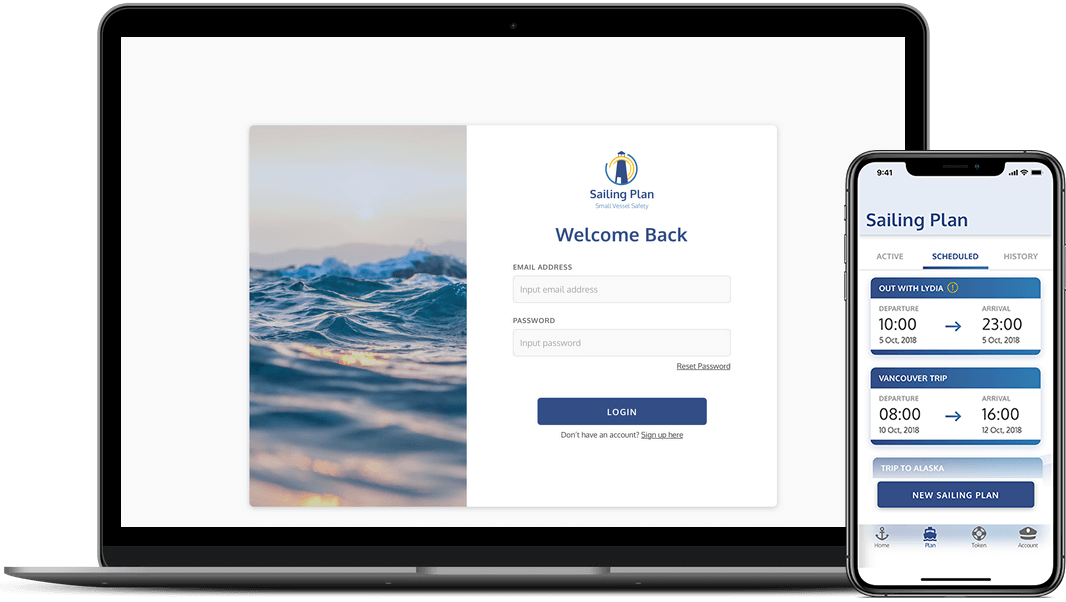 The results are four world-class user-facing applications with a shared backend. The iOS, Android, and web app are now being used by boaters to create and file their sailing plans. Separately, the web admin dashboard is revolutionizing the way that responsible government agencies receive and monitor sailing plans.

The results are four world-class user-facing applications with a shared backend. The iOS, Android, and web app are now being used by boaters to create and file their sailing plans. Separately, the web admin dashboard is revolutionizing the way that responsible government agencies receive and monitor sailing plans. 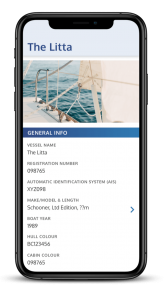 The app allows users to plan their route and provide waypoints within the map feature. These plan routes are submitted to authorities along with the float plan.

No more downloading, printing out or faxing float plans. The Sailing Plan mobile and web application allows its users to submit their float plan directly from the app.

Rather than having to manually enter data for each new float plan, the Sailing Plan app allows users to store and reuse data from previous float plans when filing a new one. 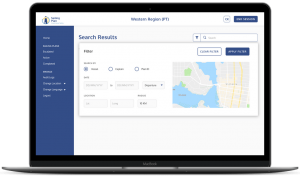 The main dashboard of the web admin app allows the user to see all float plans at a glance. It shows all active and past plans but highlights current plans in escalation and plans close to escalation.

The user can access all details submitted in a float plan. This includes departure, arrival, captain, people on board, vessel information, and emergency contact information.

The web app keeps track of any actions within the audit logs. Plan-specific actions can also be accessed directly through the detailed float plan view.

The iOS mobile application utilizes Swift, while the Android Sailing Plan app relies on Kotlin. The Frontend was built using React/Redux, with the backend using Parse.

The iOS and Android versions of Sailing Plan were launched in Spring of 2019. Users can currently select their preferred language between French and English. In the future, Limnology Research Corp. hopes to allow users to choose from even more languages. LRC is now working to actively educate the boating community and emergency responders on how to take advantage of this technology so that the life-saving potential can be realized.

Based on their findings as the application becomes more widely used, there are a number of potential features that could enhance the safety possibilities for this app. However, which ones will be developed will ultimately be determined by the boaters that provide feedback on this new system.