The CoquitlamConnect citizen engagement app was developed as a way for citizens to further engage and interact with the city of Coquitlam. 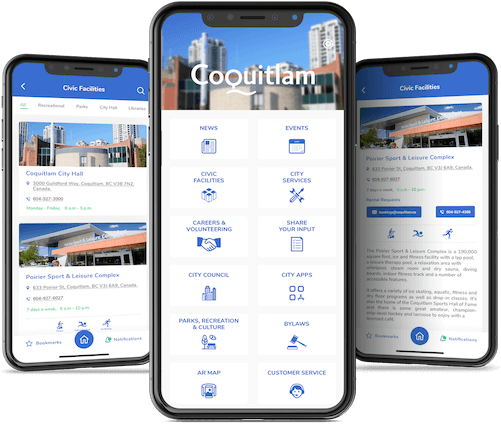 Located in the lower mainland of British Columbia, the city of Coquitlam executed on its plan to ensure the most effective technology is being used that also meets the city’s needs now and into the future.

The CoquitlamConnect citizen engagement app was developed to allow residents and visitors alike to easily navigate the city. It allows users to not only determine the closest park to them with a swing set but also to locate Coquitlam’s sights via the augmented reality feature.

CoquitlamConnect was developed as part of the City of Coquitlam’s new Technology Roadmap, an initiative set to pave the way to a digital city. Coquitlam’s Information and Communications Technology division started working on their plan in 2016 with a view to making sure the most effective technology is being used, and meeting the city’s needs now and into the future. Part of this roadmap was the addition of a set of free mobile applications for Android and iOS.

In the summer of 2018, shortly after the city’s roadmap was announced and shared with the public, FreshWorks Studio won the contract to begin work on the Coquitlam mobile application. Since the city’s Information and Communications Technology division knew exactly what high level requirements they wanted to see in the final application, the Discovery Process allowed both teams — Coquitlam and FreshWorks —  to quickly develop a roadmap and begin the development process.

The design and development was done in FreshWorks’ Victoria office, with regular email communication, phone calls, and a handful of in-person meetings at the city’s PMO office throughout the entire process. This ensured the development was on track and everyone was on the same page.

Once the first round of development was completed, extensive user acceptance testing (UAT) was done to ensure that requirements had been met and the app was providing the value it was intended to. A lot of stakeholders were involved in these rounds of testing and provided invaluable feedback that has helped shape the existing and future state of the application. 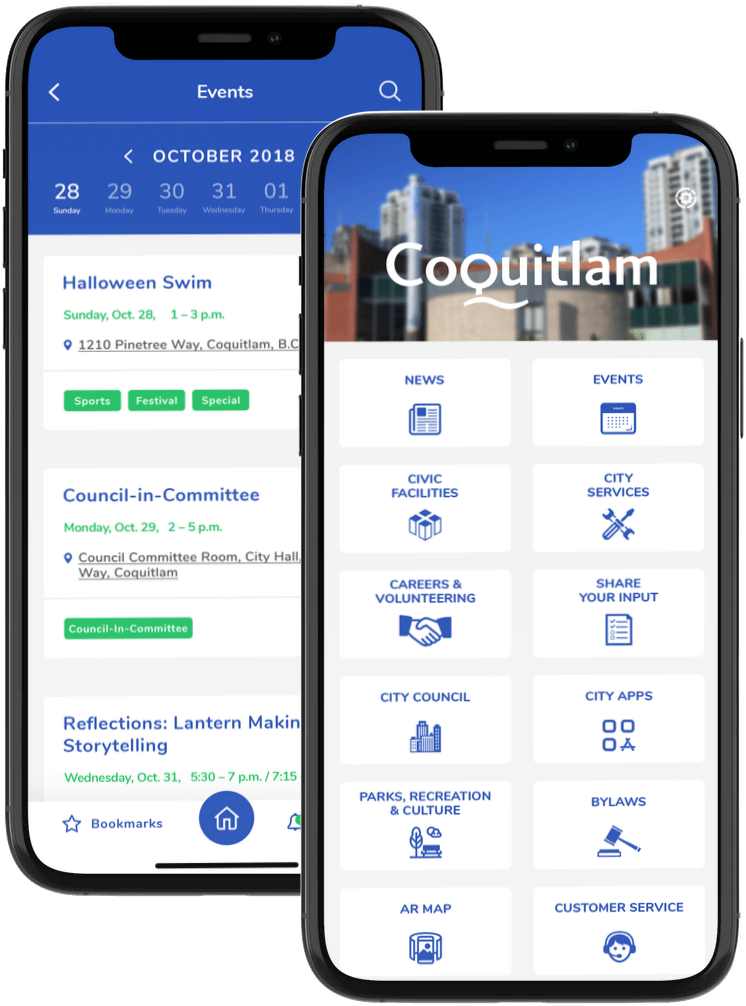 In addition to the two mobile application, we also developed a (Content Management System) CMS. The team at the city of Coquitlam can easily add and update the content displayed within the city mobile app through this user-friendly web interface.

I was actually born in Coquitlam, and I'm pretty proud that I was able to play such an active part in enabling the city to better address the needs of residents.

The CoquitlamConnect citizen engagement app is packed with features to allow residents to easily connect with the city.

News & Notifications
Customization
Augmented Reality
Content Management
The user can read the latest news from within the device. Additionally, the city is able to send out notifications directly to the app’s users, alerting them of possible bear sightings or other notable events happening in the area.

The citizen engagement app allows the user to customize the home screen. The user can select what sections they want to see first and even hide sections that are not of interest. Additionally, the user can save or bookmark articles or facilities for even easier access to that information in the bookmarks tab.

The user can explore the city through the augmented reality feature. Once active the feature will display Coquitlam’s points of attraction and the current distance to them.

The team at the city of Coquitlam can easily add, update, or delete content from within the app in the specifically built backend environment. The CMS is easy to use and will update all content within the mobile application.

With an always-growing catalog of desired features and functionalities the CoquitlamConnect app will continue to evolve to better serve the citizens of Coquitlam. Some of the proposed features include submitting service requests and meeting requests to city hall making it even easier for residents to connect with the city.

Modernization project for provincial business registration services through BC Registries and Online Services.

BC Registries and Online Services

Allowing people with a wide range of disabilities to express themselves musically through movement.