The BC Government directory is a mobile application that makes it easy to find contact information of BC organizations, offices and the people working within them. 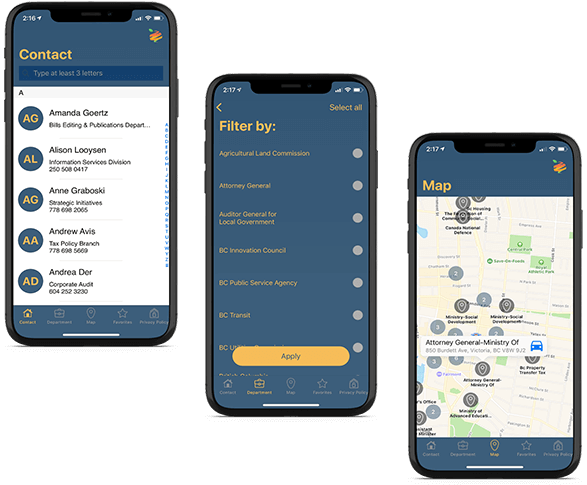 By using open data from DataBC, FreshWorks created the BC Government directory iOS Application — a tool that contains a directory of government employees, organizations and offices and makes it easy to connect with them by phone or email.

Collaboration is key to an effective team. The employees for the British Columbia provincial government know this just as well as FreshWorks; communicating across ministries, offices, and teams, is an extremely important element of running this province. Communication is important not only within the government, but also between British Columbians and government officials.

The BC Government, citizens, and other stakeholders needed a user-friendly and easy-to-access directory mobile app of all government employees. Our team at FreshWorks Studio identified an opportunity to use two of our core values; Resourcefulness and Collaboration, to find a mutually beneficial solution. By using open data from DataBC, this solution became the BCGov Directory iOS Application.

Before the government had created their online directory in 2014, both government employees and British Columbians were having difficulty finding contact information for government employees. The directories of contacts were available only on individual ministry websites, which made finding a specific person pretty difficult if you didn’t know which website to search on.  These data silos were soon replaced with a government website in 2014 that could find all contacts across the BC government with a single search. However, this was still not the simplest solution to the problem. We wanted to find another way to put the power of collaboration and connectivity into their hands.

Samarth Mod, FreshWorks’ CEO, heard that DataBC had given the public access to their Government Telephone Directory System (GTDS). DataBC provides access to thousands of high-quality government datasets, and according to DataBC, this “enables the strategic management and sharing of data across the government enterprise and with the public”. Samarth wanted to use this resource to help people find government employee contact information in a simple and easily-accessible way.

As one of FreshWorks’ junior iOS developers was beginning their training, Sam realized this was a perfect opportunity to be #Resourceful and solve two problems at once: 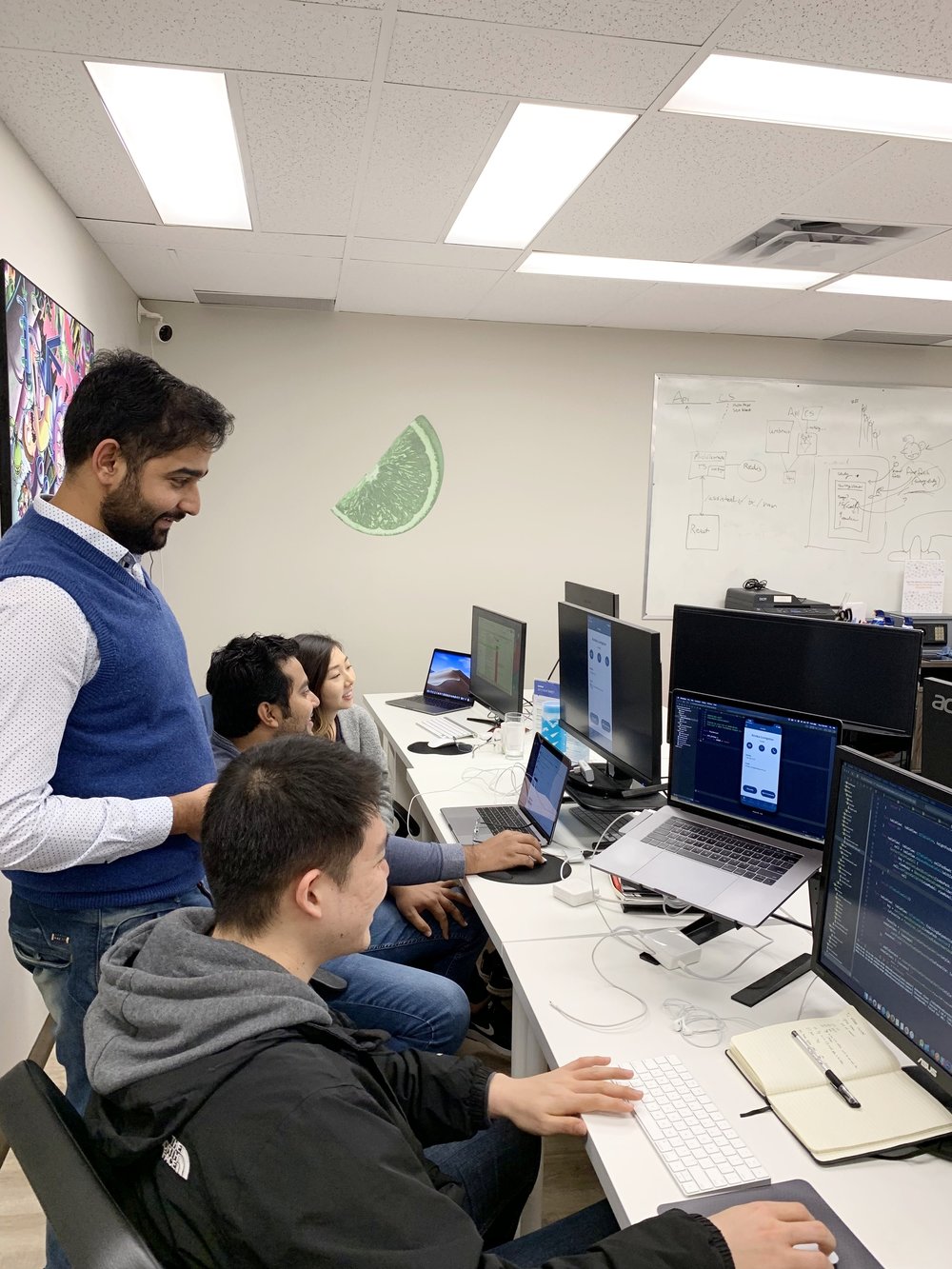 1. give our new developer a great real-world opportunity to learn, and

Many new developers shadow other developers in projects, and often work with their mentor that they were paired up with. This junior developer, on the other hand, was working independently, with monitoring from their mentor Tushar, a Senior iOS Developer here at FreshWorks.

Over the next few weeks, we began our process of agile discovery, design, and development. Our designer began creating a simple and intuitive interface and our junior developer worked on developing the application. Tushar, the senior developer on this project, monitored the junior’s progress and our CEO Sam took the position of the product owner, guiding the team in the interests of the end users.

The BC Government directory application was made using the iOS native programming language, Swift, and data extracts were taken from the Government Telephone Directory System (GTDS) provided by DataBC.

By using our other core value of #Collaboration, the team supported each other, and enabled their small team to finish the whole project in a speedy one and a half months. The application was released on October 1, 2018, and can now be found on the Apple App store.

We want to help the province deliver their services as quick and easy as possible by continuing to offer digital solutions that help everyday citizens find the information they need, or to streamline government processes. 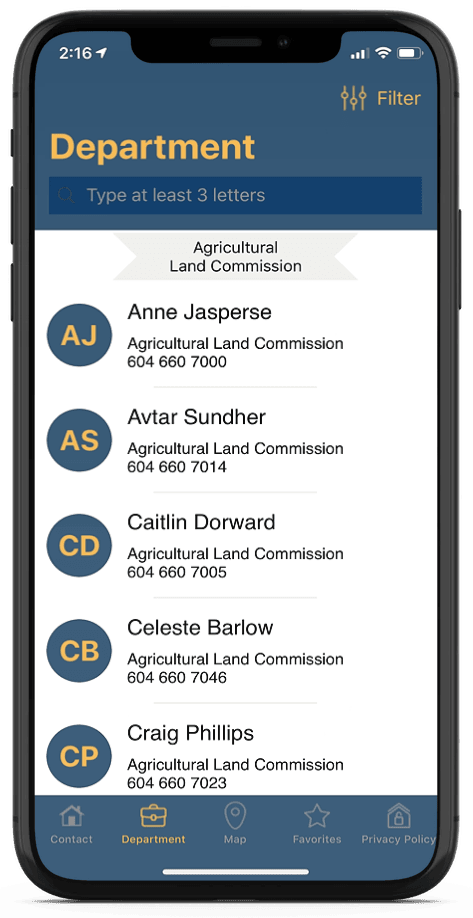 Search
Favourite
Locate
With the BC Government directory app, anyone can view all BC Government employee contacts in alphabetical order, with a simple and intuitive user interface. Users can search for a specific contact by name, and they also can filter the contacts by government ministries.

Users can also favourite certain contacts, providing the user with an easily-accessible and customizable list of their favourite users.

BCGov Directory also features a map locating the various ministries in BC. This map has addresses, as well as directions on how to get to each ministry.

The BCGov Directory app was developed using Swift and Kotlin, with the data being pulled directly from the open BC Government data API.

This mobile application enables BC citizens, stakeholders, and other government employees to communicate with the BC government fast, easy, anywhere and anytime. Many thanks to DataBC, who provided the open data needed to give Gisu this experience, and give BC citizens this free and user-friendly tool.

This app is one of many apps FreshWorks has developed for the BC Government, one being the BC Highways application, which was also made using data provided by DataBC. Having access to this open data is contributing to the growth of the tech sector, and Samarth Mod is looking forward to having more data available from DataBC, in order to complete more pro-bono projects like this one in the future.

Booking flights and vacation packages while the app adapts to user preferences over time.