Native vs Hybrid Apps: What Will Work for Me? 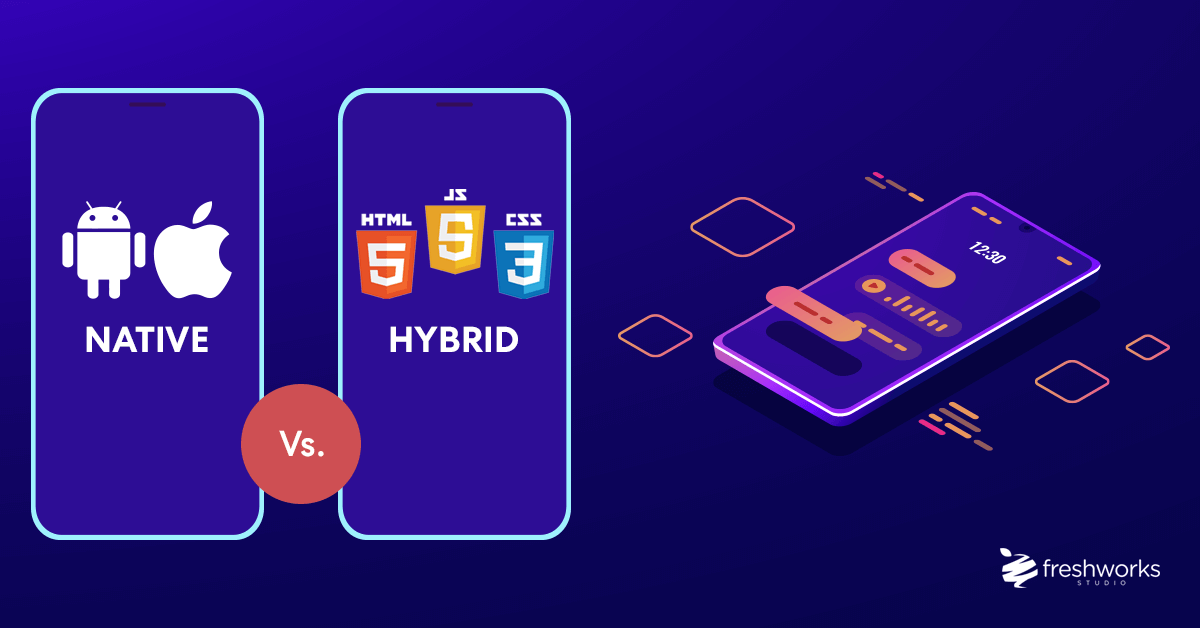 When it comes to creating apps, the good and bad news is that you have options. But having options can be overwhelming for a person not well versed in app development. This is one of the reasons we suggest you seek out a developer partner to guide you in your app development journey. Developer partners can discuss your goals and help you to navigate your best option according to time, money, and tech constraints and help build a world-class app for your organization. However, if you’re looking for a high-level overview to understand the differences between Native and Hybrid applications, read on.

First, to be clear, there’s no black and white answer to which direction you should go. It’s really dependant on a variety of factors, including how your users plan to use the finished product. But there are clear differences between the two that may guide you in your choice.

The main difference: Native apps are built for a specific operating system – either iOS or Android. Hybrid apps, however, are built to work across any operating system and share the same codebase. In short, if you want a Native App, your developers will need to write separate code for both the iOS app and the Android app.

Although this may initially make developing a native app more costly, you’ll want to look beyond the price tag and think about the type of functionality you need for your app. Native apps tend to be more flexible in this area, even if they do take a bit more time to build.

Both Native and Hybrid apps have their own positive and limiting factors, so let’s break down each. 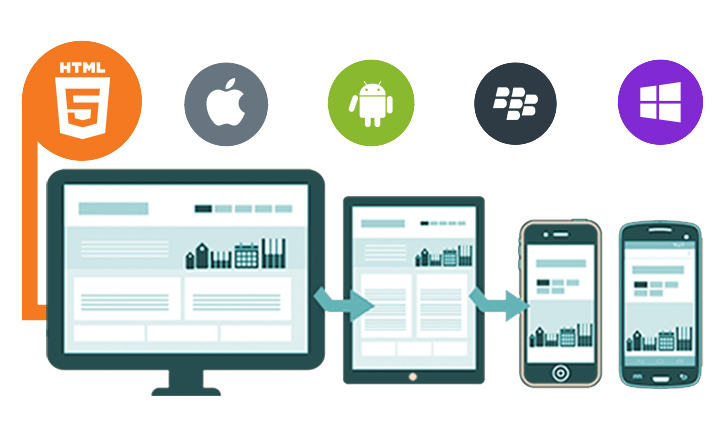 One of the biggest upsides to a hybrid app is only needing to write one codebase that will work across multiple operating systems. Hybrid apps are essentially web applications that are disguised in a “native wrapper”. This wrapper allows it to communicate with the respective device platform and incorporate some operating system features. Hybrid apps can also be distributed through an app store (like native apps).

Just like mobile web apps, hybrid apps work across platforms. If you are constrained by budget, this means you won’t have to choose between iOS or Android to launch your app. And, since they share the same code, the app can be launched simultaneously and be completely accessible across all platforms.

Another benefit of developing a hybrid app is the ability to handle bugs more effectively. With Native apps, bugs must be dealt with individually (on each platform) but it’s ultimately up to the user to download the latest version of the app.  This means, native apps run the risk of users being on different versions simultaneously, whereas hybrid apps will always have every user on the latest version. A new version of the app can launch without end users ever having to install updates onto their phone.

Of course, there are clear drawbacks to the Hybrid approach. Hybrid Applications lack in overall speed, performance and optimization. Because they are essentially web applications, the performance is completely dependent on the speed of the user’s browser. Additionally, the app will never look and feel exactly the same on two or more platforms. Think about how people often struggle to move from iOS to Android or vice versa. An iOS user is used to a certain style of UI and navigation – and it is difficult (but not impossible) to provide the ultimate experience for both platforms.

In short, Hybrid development has its limitations.

Go for a Native App

Native apps tend to be more expensive due to the fact that a version must be written for each operating system that it’s used on. This means one for iPhones and one for Androids. It may also mean – if you want to be compatible with Blackberry or Windows – you’ll need to create code for those as well. This takes more development and testing time, and ultimately more money. This is the main drawback for native development and the reason why some businesses will opt for a hybrid app.

But don’t let the higher price scare you off. Apps generally aren’t cheap to build in the first place. If you’re going to spend the money and resources, it’s best to build a superior product. If it’s worth doing, it’s worth doing right. For this reason, native apps are often a superior choice.

The platform specific code offers an overall smoother user experience. Not only are native apps more responsive, they’re much better at executing elements such as scrolling and animations.

They’re more flexible as well, in the sense that they can easily integrate with other elements of a mobile phone into their system. If your core app functionality relies on access to elements such as cameras, contacts, SMS, microphones, GPS, device buttons etc., you’ll want to choose native over hybrid

Another thing to consider, depending on the ultimate use of your app, is data protection and security. Native apps by design are far more secure and offer security features that just aren’t possible on hybrid apps.

Here’s a bit of a cheat sheet on both Native and Hybrid apps, so you get a side-by-side comparison: 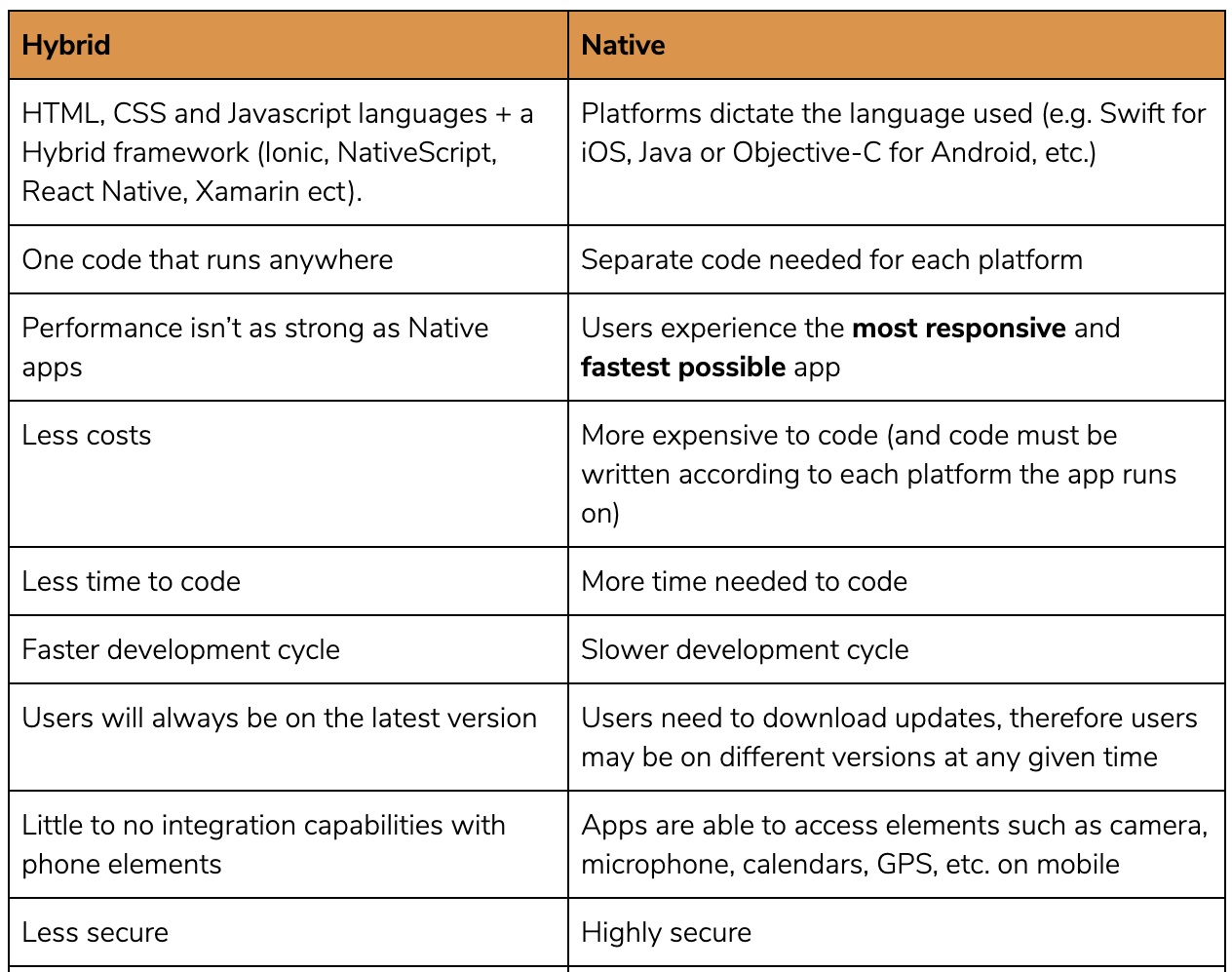 An average of 21% of people will abandon an app after one use. That’s almost 1 in 4 users! Now think of how disastrous the abandonment rate will be if you don’t create an engaging and responsive app to give people a reason to stick around. Usually, this means going with a Native app because you’ll be able to create something that’s responsive, fast and secure. It will also allow for a lot more integrations with phone elements (such as GPS, cameras, and microphones).

Whichever you choose, always go with whichever option will best serve the end user. Don’t try to cut corners on pricing or sacrifice usability. It doesn’t matter if the idea behind the app is great if people don’t love using it. You should always keep the end users’ needs and preferences top-of-mind.  Balance that with the end-goal of the app and you’ll be well on your way to building a successful piece of tech for your business.

If you’re thinking about creating an app for your company, we’re ready to walk you through the process! Talk to us about our free consultation where we can answer your preliminary questions, and help you understand the process. Want to hear what our past clients have to say about our stellar work? Check out our 4.5 star rating on Clutch. 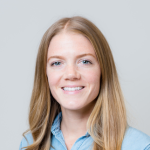 As a developer turned analyst, Stephanie maintains a user centred approach and strives to deeply understand the motives, behaviours and emotions of users. Her love of technology is matched only by a healthy obsession with studying and growing mushrooms.

As a developer turned analyst, Stephanie maintains a user centred approach and strives to deeply understand the motives, behaviours and emotions of users. Her love of technology is matched only by a healthy obsession with studying and growing mushrooms.