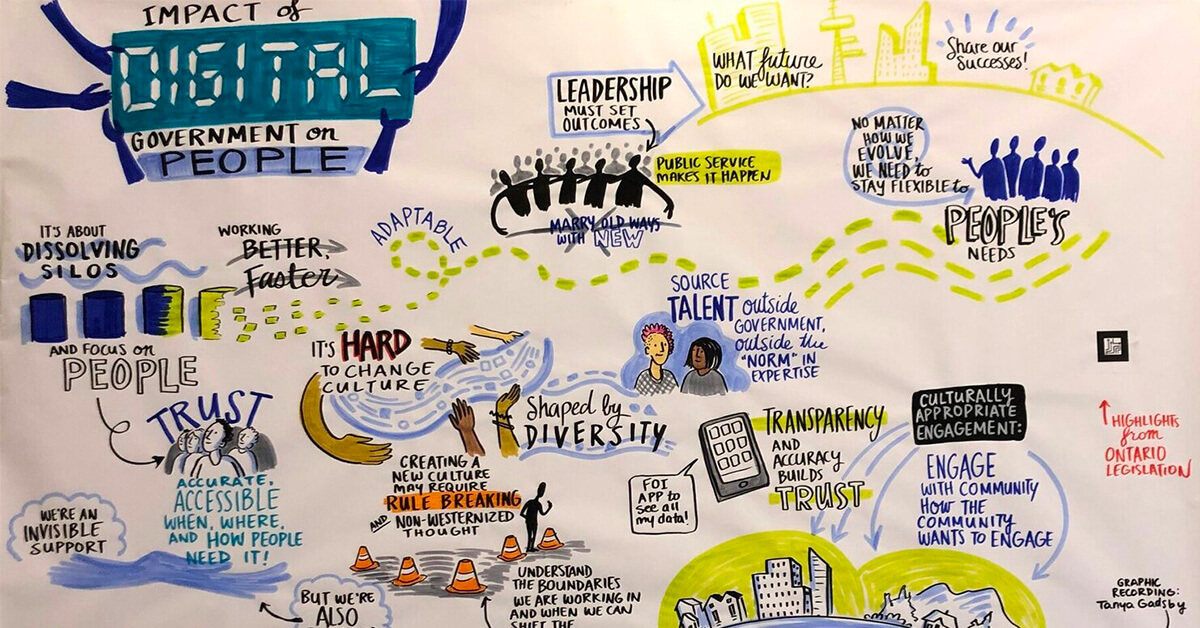 Last week I had the opportunity to attend Connect 2019, a sold-out invite-only event on Oct 3,4 at the Victoria Conference Center. It was my first time attending and, frankly, it was eye-opening. 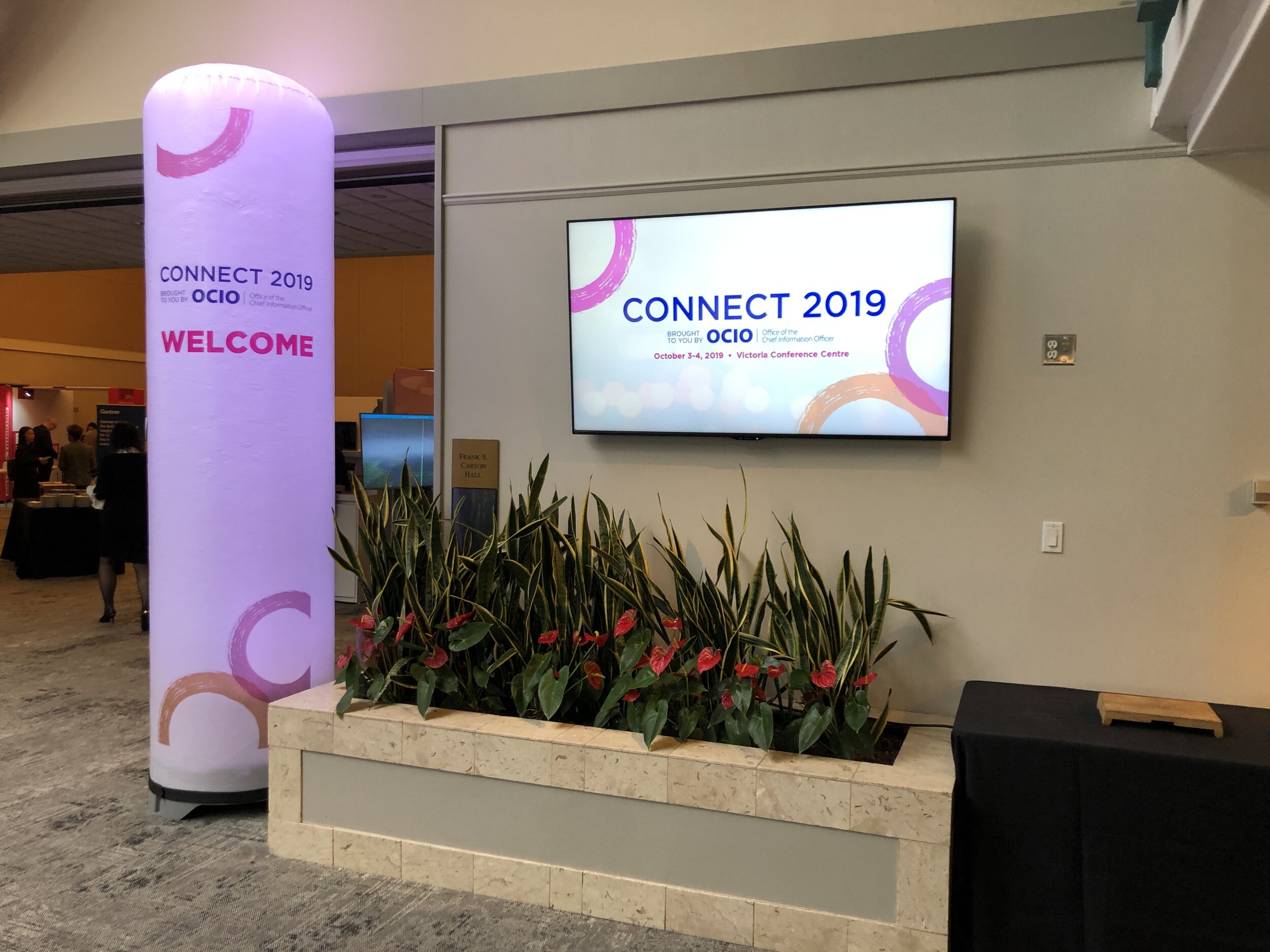 Connect, previously called OCIO Connect, is in its 5th year, and is a two-day conference that brings together the BC Public Service and their partners to ‘stimulate the people, ideas and opportunities that will help create a digital government that meets-and exceeds-the expectations of BC citizens’.

This year the focus was to make it bigger, better and more inclusive for startups. Our booth was in the startup zone along with IBM, Deloitte, PwC, KPMG and CGI. It was a unique opportunity and created a level playing field for everyone to interact equally.

In the months leading up to the event, GCIOCJ Ritchie encouraged not just IMIT (Information Management / Information Technology) staff, but every area of government to attend. In her words, she believed that everyone who ‘wanted to be good at the business of doing government in 2019’ should attend.

Why Was I There? 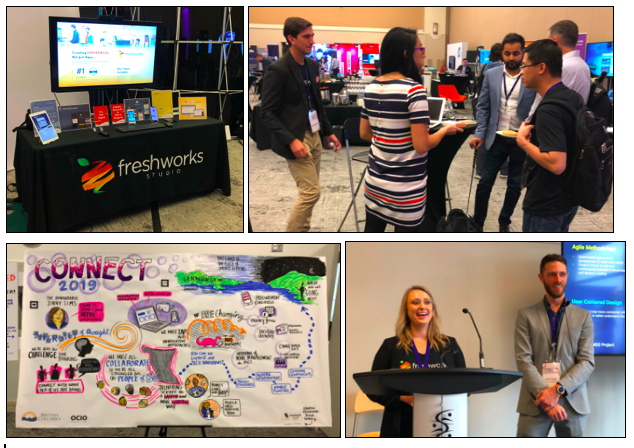 My reason for attending was to represent FreshWorks Studio, a Victoria-based application design and development studio. We’ve been fortunate to work with the provincial government several times and were invited to exhibit and also speak at the event. We showcased some of our previous projects such as: BC Services Card, MyRangeBC, K-12 Next Generation Network.

The effects of technology reach into nearly every corner of our lives already. What I learned most at Connect were the impacts on me as a BC citizen as technology continues to better enable our government to deliver services more effectively and in new ways. 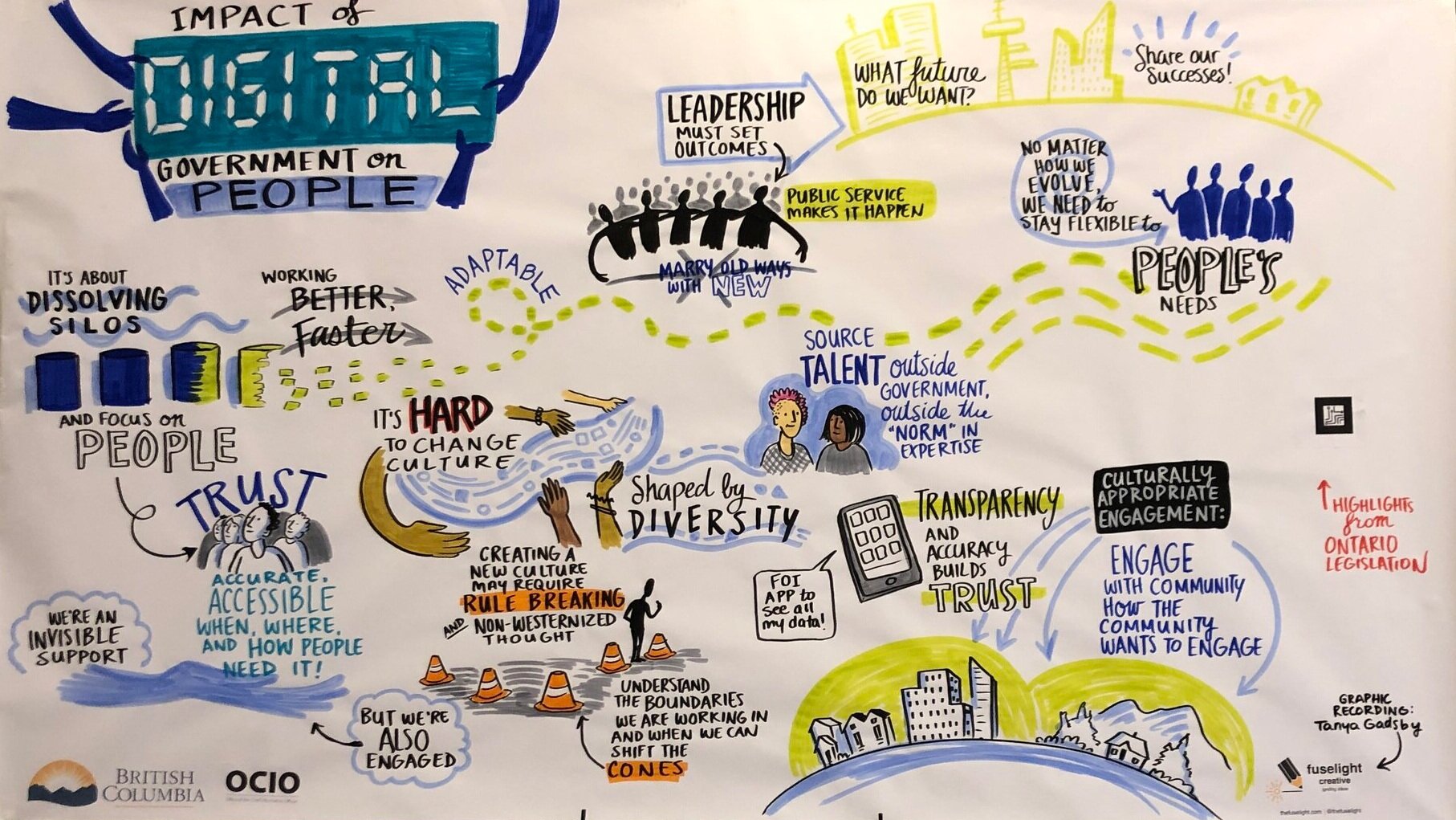 1. The definition of Digital Government in BC is evolving

I heard several people reference ‘Digital Government’ and later found two definitions. digital.gov.bc.ca suggests ‘Digital governments apply the culture, practices, processes and technologies of the Internet era to respond to people’s raised expectations’ (Tom Loosemore, Public Digital). Government of Canada believes it is the: ‘digital shift to becoming more agile, open, and user-focused’. Wait, what? I assumed it meant embracing technology in every area of government, but the fact that this definition specifically referenced being ‘agile, open, and user-focused’ was a surprise. Let’s break this down.

Agile: While you could say ‘agile’, simply means ‘being nimble’, it is also a nod to agile development methodologies. In software development, being agile means being iterative, open and adaptive to changing conditions along the way. As I previously understood it, Agile was new to government and not well understood; but perhaps this is no longer the case.

My colleagues Meredith and Sam sat on a panel with Aaron Unger from Mines to share their experiences with the first Sprint with Us procured project. It’s highly regarded as a shining example of the new Sprint With Us procurement model, as well as the power of collaboration and agile development. Jill Carruthers, Director of Digital Services for Mines & EAO commented that more than 60% of the features developed in this project were not part of the original requirements, and came from talking to end-users. That’s Agile in action.

While up for interpretation, for me, open refers to open data, open-source, open-standards, (eg. Open Contracting Data Standard) and even simply being open to new ways of doing things. With an open mindset, the government is starting to develop a technology platform which will underpin the services provided to the public and allow them to build in a more sustainable way. DataBC is working hard to give access to more open-source data. An early example of this was our free BC Highways app, which has ~150k downloads and uses open data to provide value to BC Residents. Check it out.

If you recall your last experience with a government website, I’m guessing ‘user-focused’ is probably not a top adjective you would use to describe the experience. While at Amazon, I learned about not just user-focus, but customer-obsession. You ‘start from the customer and work backwards’; working backwards is a mindset deeply ingrained in how Amazon does business. Being user-focused considers principles like Design Thinking, involving users in discovery and development, generate feedback loops, and even considers accessibility. There is an awareness of the importance of user-focus and that’s really exciting to see.

2. The Government is listening and acting when it comes to technology.

As was heard in the opening remarks, digital technology is transforming the way British Columbians — everyone for that matter — live and work. To meet the public’s expectations, the government must change too. Well, it appears the government has formalized their plan and is now getting to work.

3. The Government is shifting from planning to executing.

In her opening remarks, GCIO CJ Richie referenced a ‘Digital Framework’, which, as I understand, is an actual document developed by the Ministry of Citizen Services and other partners, and is literally hot-off-the-press. It’s the playbook for government’s go-to-market digital strategy. CJ went on to say that now, with a plan in hand, the government was able to shift to executing on that plan. The digital government transformation is underway, and the new digital framework is publicly available here.

4. The Government is more technical than you might think.

While multiple speakers echoed the importance of the people, not just technology, doing the hard work to move our government into a digital age, I have to say it was a deeply technical event. The government is embracing new ways of working and are increasingly comfortable with Cloud Computing, DevOps, Agile Methodologies including Kanban and Scrum, Open-Source, and more. One talk I sat in talked about evolving from VM’s to containers and containerization. While these terms aren’t new in the private sector, they are the right, relevant terms to be talking about. In addition, there were emerging conversations around trust and the need for appropriate governance and policy to ensure user privacy and data security is considered and upheld in an increasingly digital world.

Thoughts? Feedback? I’d love to hear about other experiences from this event including how you see our evolving digital government. If you’re curious to learn more about how the BC Government is embracing digital, check out this new site our government just launched:digital.gov.bc.ca